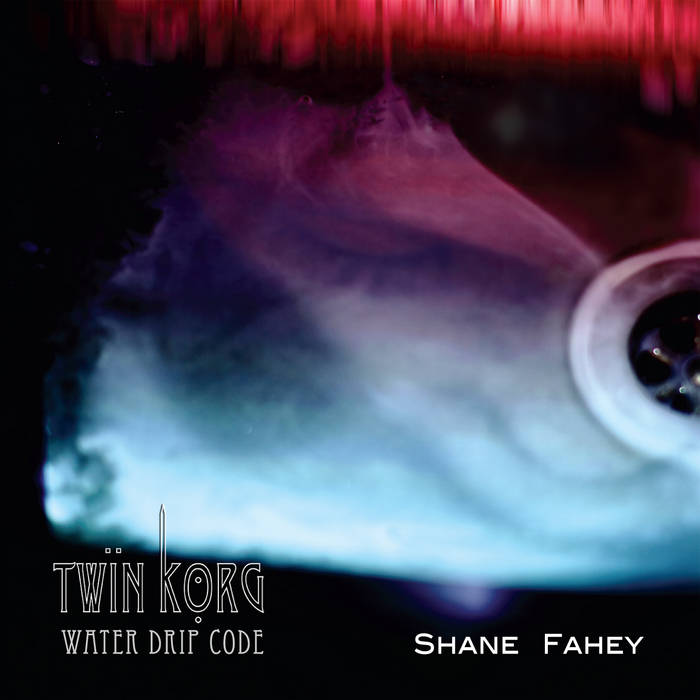 Written and performed by Shane Fahey.

Korg's recorded on the floor direct to Tascam portable DAT via Francinstein (stereo enhancement system) in 1996 & 1997.

Shane was part of the emerging electronic & industrial music scene in Sydney. He played & recorded in 'The Makers of The Dead Travel Fast' from 1979-1982 & then 'Scattered Order' from 1982-1984 on legendary post-punk label M Squared. In 1984 he & Rik Rue co-founded 'Social Interiors' who released 3 cassettes of cut-up, turntables & environmental recordings on Pedestrian Tapes. They continued crafting their aural narratives soundscapes in 1990’s with Julian Knowles; releasing 3 CD albums on Extreme & 1 CD album on Endgame.

"Recorded 1996-7, Fahey mans two Korg MS-20 synths triggered by a dripping tap and contact mics secured to the sink, for a double-barrelled analogue attack that ranges from industrial to noise to organic sound pieces".

"You might be aware of Shane Fahey via his role in Australia’s experimental and post-punk past, having delivered synthetic analogue textures in projects as diverse as experimental rockers The Makers Of The Dead Travel Fast in the late ‘70s/early ’80s; Scattered Order between 1982 and 84; and Social Interiors in the ‘90s (with sound artist Rik Rue on Melbourne’s iconic Extreme label). An accomplished experimental musician, he is also an acoustic engineer, and it’s difficult not to hear these two worlds colliding on Twin Korg.

It’s no surprise that the music here is quite experimental; bleak rashes of noise, oscillating pitches and bubbling drones prevail, but it is surprising the degree to which it feels organised, perhaps composed. This is far from unrestrained noise or bluster. Fahey’s decades of experiments with analogue synthesis have resulted in a rare kind of control over the savage beast. He works carefully with tone, frequency, dynamics, panning and volume, articulating sounds slowly, evolving into different parts of the stereo field. Feedback systems come hand in hand with synths, where explosive frenetic noise can occur one track, only to be followed the next by gentle acoustic drones that may or may not be field recordings.

Perhaps the best way to highlight the accomplishment of Fahey is to point out the diversity of approaches on these 13-odd tracks. It’s all dark electrics, but within each piece he finds something new, whether it’s structural, textural or even bombast. His electronics alternatively sound like field recordings of the interior of a synthesiser when everyone goes to bed, the world coming to an end, or the sweet scattered purr of electrics under stress. It’s a strange, challenging and beautiful journey into the bowels of non-narrative electrics that’s so joyfully exploratory that it sounds like it was made 20 or so years ago".